Not Going To RT18 Contest! 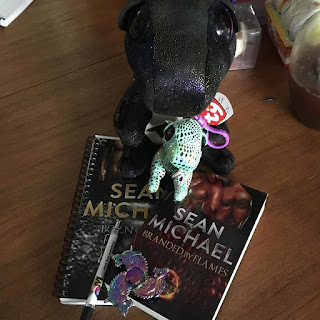 Email ThisBlogThis!Share to TwitterShare to FacebookShare to Pinterest
Labels: contest

Well, I had labelled this Top Ten Tuesday, and then I realized it was no longer Tuesday. So. Instead of a list, I will just ramble on the different things in my brain at the moment. I'm kind of scattered, so it's not going to be an organized post at all.

Today is 27C, which isn't stupid hot - for July! - it is however, summer weather and I don't like it at all. Once again, the weather I prefer for spring is MIA - 5C to 15C is my sweet spot. There has been very little of that so far. Maybe it'll cool down considerably from today. I can hope.

I looked at Netflix yesterday to see what all was new. Lord there's a lot of sci-fi and fantasy stuff I want to see. Movies, series, one-offs. Some days I think I should just get rid of the cable, but there's some stuff that I would miss. Lucifer for one - still my favorite show.

Just ordered the last of my stuff for RT yesterday. I was slightly handcuffed by the fact that I waited too long and couldn't get some of the things I wanted in the time I had left. I've been thinking I should get my stuff ordered since the beginning of March, but there was over two months to go at the time, lots of time, right? So I waited. And then bam, it's less than two weeks until RT... time does go by so damn fast.

The to do list. It's been pretty scary for a while now and that freezes me up. It just sometimes feels that for every one thing that I cross off, there are two more things added. There was a period of time when I would work from six am until midnight straight just to get everything done. These days I'm more likely to let things slide because really, at the end of the day when I'm shuffling off this mortal coil am I going to care if I was always on top of the work list? No, I don't think so.

I'm going to be signing at the Make a Date with Harlequin event at RT - come and see me and get a copy of Born of Air, which isn't out until the beginning of June and is only out in ebook. These print copies are for RT only!

Well, I have to get some writing done, so that's it for now.

Posted by Sean Michael at 6:41 PM No comments: