As it's Thanksgiving in the US on Thursday, I thought I'd make today's Top Ten list all about the big meal with my favourite thanksgiving offerings. 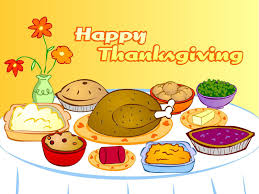 10. Layer salad - though I pick out the olives and tomatoes
9. Mashed potatoes - with gravy - don't forget the gravy because they aren't the same without
8. Cranberry bread - the best Thanksgiving breakfast ever
7. Cheese ball - with Nuthins crackers, please
6. Pumpkin pie - homemade, please, and always with whip cream.
5. Brussel Sprouts - preferably fried with bacon.
4. Rolls - and BA makes an amazing GF roll for Thanksgiving.
3. Pecan pie - anyone who knows me would not be suprised that there's lots of dessert on this list.
2. Cranberry Salad - I make this for every holiday meal after first having it at BA's one Thanksgiving.
1. Deviled eggs. I like these sooo much. I don't know why I don't make them for myself more often, but rarely do I eat them outside of Thanksgiving.

Yes, that's right - there's no turkey on my top ten list. I'm not actually that fond of turkey, though I do like turkey sandwiches the day after Thanksgiving.

So what's your favorite Thanksgiving foods?

Sean
smut fixes everything
Posted by Sean Michael at 10:42 AM 1 comment: 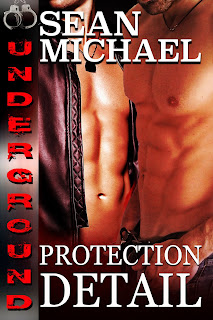 I don't usually see movies their first weekend out, but with the 3D IMAX or Ultra AVX theaters you reserve your seating, so you don't have to worry about showing up super early to buy a ticket and then line up so you get a good seat. And I bought the tickets the night before. So I was sitting near the back in the middle of the row, which is my preference.

Some movies just benefit from 3D and I think this was one of them.

Spoilers will follow, so please stop reading if you don't want them.

So I loved the movie! Out of the Marvel movies, Thor has always been my favorite and this one is my favorite of those.

The movie is slick, the CGI is wonderful and seamless. I totally forgot that the Hulk was not a real person acting next to everyone else!

I don't read reviews or watch the previews on movies that I know I want to go watch, so I had no idea that hulk is not only in this one, but he has a major role. He was great, as was Banner.

I loved the cameo by Dr. Strange. I loved how it kept him in the universe and showed how adept he has become with his powers and that he's doing his job as guardian of earth.

I loved the Thor and Loki parts. They play so well off each other. And I do love that Loki is unabashedly out for himself. If his agenda meets Thor's, then he's more than happy to help, but only so far as it benefits him. I also love that Thor is beginning to understand that and work with it.

The God of Death - yay! Kate Blanchette always plays the grand characters, doesn't she? A super kickass female. And while she was the villain in the piece she was merely being who she was made to be!

Loved the interactions between Thor and Hulk - all of them. And I loved the Valkyrie and hulk together.

Idris Elba - that man is yummy.

Speaking of yummy - omg the scene with Thor with his shit/armour off... It's simply unfair to men everywhere that he looks so damn good. And they stayed with it a good long while. Thank you to director Taika Waititi for that lingering, circulating around Thor shot.

The revolutionary rock dude who's revolution failed because he didn't print enough pamphlets! "We're escaping on this big ship here, would you care to join us?"

I just loved everything about it. Did I mention the music? The music was awesome. The opening was awesome.

I want to see it again.