Anyway. The two books are now self-published. They've been on Amazon for a while, but have just been added to Kobo. 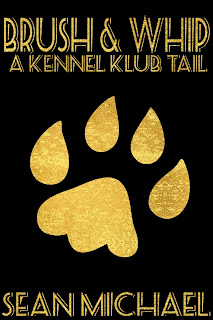 The Kennel Klub takes pride in matching dominant shifters with the perfect mate. Theo Brundy is looking for just that: someone to pleasure, to love, to take care of. Having lived most of his life forced into his were form by the cruel man who killed his parents, Theo uses his human form as a shield, both physically and emotionally. No one can hurt him if he's human.

Drew hasn't shifted in more than a year. After spending his life serving a cruel alpha, he was cast aside when the alpha married another. Drew has found that it's easier to protect himself if he's a wolf. A sub at heart, Drew is both apprehensive and desirous of the idea of losing control.

Can these two men find what they need in each other, both in bed and out of it?

Previously released by another publisher. 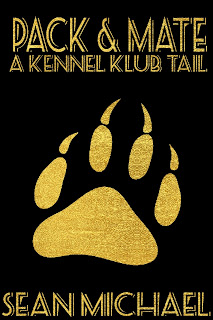 New to the city, Finn never dreamed he’d have a mate of his own, especially not one found at the Kennel Klub, where spankings are optional.

Sweet beta werewolf Finn is at a party for his cousin’s collaring when he first meets Cort. It’s just too bad Finn has to leave with his twin brother and packmates before the two can really connect.

Cort, Alpha male all the way, is immediately drawn to Finn and knows the sweet pup is his mate and he’s ready to do whatever it takes to find Finn again. Once he does, is he going to be able to convince Finn that they belong together? Or will Finn’s family commitments keep them apart?

Previously released by another publisher.

Sean
smut fixes everything
Posted by Sean Michael at 12:20 PM