Okay, so Canada Day 2017 I had a contest for some Canadian stuff and last summer I fell behind a lot and then it was so long since I'd had the contest and I felt bad and that made it harder to go back and pick the winners and admit how far I had fallen behind, etc. Today I bite the bullet and have drawn two names from the commentors and so here we are - the winners are:

If either of these are you - please send me an email at seanmichaelwrites @ gmail . com (without the spaces) with your snail mail address and I will get these prizes out to you asap.

Sean
smut fixes everything
Posted by Sean Michael at 9:04 AM No comments:

Last week was TV shows, and I thought this week I'd do top ten reality TV shows as they are a different category, but I do really enjoy a lot of them. Especially the cooking ones as the list below will attest.

10. Project Runway - drama, cattiness, beautiful clothes, hideous clothes - it's a fun watch. And so very often the top look is not at all my favorite and I wonder what the judges are smoking.

9. America's Next Top Model - I don't even know why I like this one so much, but I do. I like seeing how different the models look in their pictures to real life. Actually a good lesson in how unreal the photos we see are.

8. Survivor - this is the grandaddy of them all, isn't it? I've been watching since season two. Some seasons are better than others, which depends on the contestants mostly.

7. Spring Baking Championship - or Halloween, or Holiday - I watch each version of this show and enjoy it muchly.

5. Top Chef - love this one whether it's the original or Top Chef Canada. I think it might have been the first reality TV cooking show I ever watched.

4. Big Brother Canada - I do watch the original one, but the Canadian version always makes me happy.

3. The Amazing Race Canada - I like the origianl one well enough - especially Phil - and always watch it. But I love the Canadian version. Absolutely love it.

2. The Great British Baking Show - love it! There's a Canadian version now too - but the British one is best.

1. Masterchef Australia - I love this one so much I'm watching reruns (which I don't usually do even with 'regular' TV shows. I love the warmth between the contestants, the attitudes of the judges, the incredibly complicated dishes they have to replicate for their elimination challenges, the fact that they take their time - one episode will find the bottom three, their elimination challenge will be a whole new episode. I also love their accents - always have.


Sean
smut fixes everything
Posted by Sean Michael at 12:30 AM No comments:

One of my favorite tropes is the bodyguard trope. The one where the bodyguard falls in love with his charge and vice versa. There's that hint of taboo, there's the power dynamic - the bodyguard is bigger/stronger (unless you're someone like Jason Momoa - have you seen the pic of him with his bodyguards? He's bigger than both of them, it's hiliarious) but the guardee is the boss. There's the danger - the guardee's life is in the bodyguard's hands. I just enjoy it all around.

Some of my favorite m/m bodyguard books are Ari McKay's Herc's Merc's series.

I too have written some bodyguard trope fiction. And I think I should write some more... 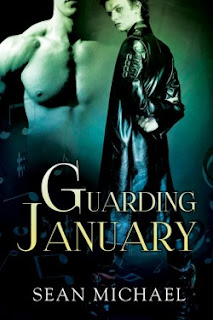 Lord January is at the top of the charts, only comes out at night, and is usually covered in blood. Say what you will, but the man knows how to put on a great show. But when the Vampire King is let out of rehab, the last thing he expects is someone forcing him to eat real food, hang out in the sun, and generally be a human being.

Rye Sommers, the best bodyguard in the business, has been hired to babysit a rock star whose biggest threat surprisingly isn't all the hard drugs, desperate groupies, and crazy fans—it's Lord January himself. But the closer Rye gets, the more LJ turns into sweet, gentle, caring Jeff Smart. He may still be the super-skinny, pierced and inked genius Lord January, but he is slowly shaking his death wish as he sheds the loneliness and exhaustion his stage persona saddled him with.

But as Rye falls in love with the real Jeff, he finds himself in over his head. He knows he can keep Lord January away from the drugs and the groupies, but saving Jeff might force Jeff to choose between his career as Lord January and his very life.

Available as an ebook and paperback at Dreamspinner Press. (and the usual retailers) 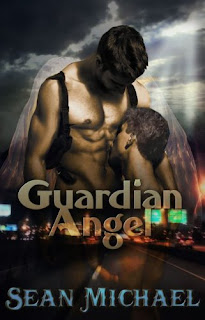 Country singer Daniel “Dusty” Young can’t understand why anyone would want him dead, or why anyone would think he’s important enough to kidnap. So it comes as a complete surprise when attempts are made on his life and he’s appointed Rafe, a G-man guardian angel. Rafe is determined to protect Daniel, even from himself, but it’s not an easy job.

When Rafe finally takes Daniel off to the middle of nowhere, it gives them time to pursue other things, like each other. Too much R&R might just make them sloppy, though, and sloppy could get them killed. Can they survive fighting for their lives and falling in love?

**Publisher's Note** This is a revised and updated version of a previously released title.

This is available at Amazon and other retailers.

Posted by Sean Michael at 12:39 AM No comments:

The only problem with doing Top Ten lists is that I can't remember what all the past top ten lists were and I'll go oh, I should do colours, and then I go wait, didn't I already do colours, I'm not sure.

Anyway, I figured I'd go with my Top Ten Favorite TV Shows, because that legitimately changes all the time. So here is the current list. 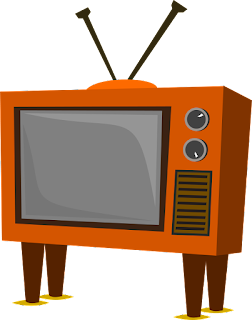 10. NCIS: New Orleans - I like the Los Angeles version well enough but it has gone downhill some from the first few years of it. And I have tried to get into the original NCIS, but never have been able to. I like this version, though.

9. Criminal Minds - oh, this makes me sad. For many years this was my top show. I didn't even have to think about it. But the last few years have not been great, though I still watch. Even when they got rid of Morgan (which I hadn't heard about in advance and was totally shocked and upset about - he and Penelope were my top faves on the show and I adored their relationship). I almost stopped watching when they brought in the lady whose name I can't remember who took over the BAU and fired half the staff. If it had lasted any longer than it did, I would have been out of there. It felt contrived and unrealistic and stupid. Sorry, but this used to be my bullet proof favorite show and it is not happy making that it's so far back in my top ten now.

8. Chicago Med - ut of all three of the 'Chicago' shows, this one is by far my favorite.

7. Timeless - I'm so glad it's back! I love that when they change things in the past, things change in the furture. There are real consequences. And I love it when the various characters geek out over meeting personal heroes.

6. Here and Now - this is an HBO show and I'm loving the family dynamics and varrious relationships and the different characters and storylines.

5. Modern Family - a lot of comedies are a miss with me, I just don't appreciate the humor. Or they rely on a single premise. Or they are sort of funny and I could take or leave them. This one always makes me laugh, though.

4. Star Trek: Discovery - I was worried because I've liked the different Star Trek series to varying degrees - but I do like this one a lot.

3. The Good Doctor - this one fascinates me

2. Lethal Weapon - I thought this one was going to be idiotic and that there was no way they were going to be able to do the movies any sort of justice. Boy was I wrong. I absolutely love this series.

1. Lucifer - I still love this one. I don't always like the direction they go in, but I do love the characters, especiallly Lucy himself.

Sean
smut fixes everything
Posted by Sean Michael at 7:55 AM No comments:

Watched Blade Runner 2045 on Sunday. Well, watched is a bit strong of a word.

I found the first movie dark and boring the first time around, and also the second time around when I watched it anticipation of watching 2045.

Guess what? Blade Runner 2045 is also dark and boring.

I watched the first fifteen minutes, feel asleep for about ten, watched for another half hour or so, then went to prep supper, then wandered off some more. Came back and watched the last 40 minutes or so. Dark and boring.

It isn't often that I don't finish a movie, but in the end, I only saw about a third of this one.


Sean
smut fixes everything
Posted by Sean Michael at 1:00 AM 3 comments: