Today for Throwback Thursday is the Between Friends series. These are from a while ago and have been on Amazon - but now they're at a lower price of 4.99 and on KU, too! 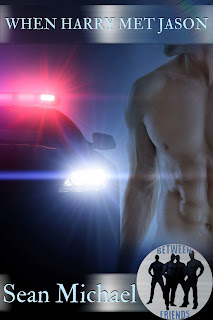 When a frat party goes bad, just-graduated Jason ends up more than just drunk, but police officer Harry shows up in the nick of time, policing the party and taking Jason home. It's the start of something neither one of them can deny, a relationship that Harry wants to take slow, while Jason would like to go in fast forward.

The party starts something for Jason's best friend Sammy, too, something not so great. He's been hurt, and is being stalked to boot, which makes Jason hesitant to leave Sammy alone to pursue Harry.

As Harry and Jason become closer and closer, Sammy's stalker get more and more violent, until finally something has to break. Can Harry and Jason keep Sammy safe and fall in love all at the same time? Find out in this first book of the Between Friends series. 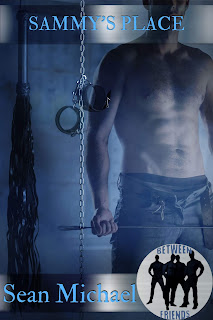 The boys from the Between Friends series are back!

Sammy has the worst luck with men, and too often it shows on his face, or his body. His best friend Jason worries about him, and finally convinces Sammy to come stay with him and his lover, Harry. Sammy hates feeling like a failure, but he doesn't know what else to do.

Peter has been Harry's best friend for a lot of years, but somehow he's never managed to meet Sammy. When he does, he knows just what Sammy needs, and he's surprised to find that he wants to be the one to give it to the beautiful young man.

Between Harry, who's worried that his old friend Peter is no better than Sammy's other men, and Sammy's ex-boyfriend, who isn't willing to let go, Sammy and Peter face one challenge after another. Can they find a way to make their love work, or will Sammy walk away from the best thing he's ever found? 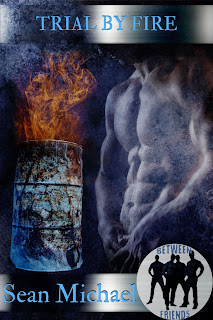 In this third installment of the Between Friends series, Harry is not just Jason's hero. He's a cop who wants to help people, who wants to make a difference. The thing is that Harry isn't so sure that moving from Homicide to Vice is such a great idea. He hardly ever sees Jason anymore, and he doesn't get to hang out with their best friends Sammy and Peter much, either.

Jason isn't thrilled with Harry's new position, either. The job is far more dangerous than it used to be, and the drug dealers Harry is trying to catch red-handed might just be too hard to handle.

Meanwhile, Sammy is wearing himself out trying to look after everything, from his best friend Jason to the shop he runs to his lover, Peter. He's worried about Harry, too, because Jase is keeping him up late at night with frantic phone calls. Peter knows that Sammy needs a little mastering to keep him from wearing himself out, but when the worst happens and Harry is put in terrible danger, nothing goes right. In fact, the boys aren't sure that anything will ever be the same again. 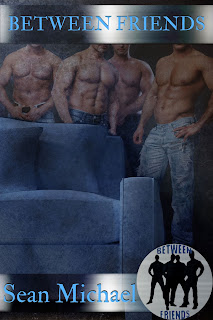 Jason and Harry have settled back into life together after Harry was nearly killed when kidnapped on the job. But when Harry starts acting strangely, withdrawing from Jason and displaying bouts of mysterious anger, Jason starts to wonder if he’s losing his hold on what he and Harry share.

He turns to his friend Sammy, for a little moral support. Antique dealer Samuel has enough on his plate, though, buying a new house with his lover, Peter, and keeping up with their inventive love life. But when Peter hears about the troubles between Harry and Jason, he forces Harry to confront his demons, and to give Jason the chance to help.

Can Harry and Jason come to terms with secrets that might change their lives forever? With Samuel and Peter’s help, they just might, as they truly find out what friends are for, and what it means to let someone help share the load.

This final book in the Between Friends series tells the tale of a finely woven web of friendship, where two couples and two sets of friends become family, and where the intricate dance of everyday life comes alive in the most beautiful way.